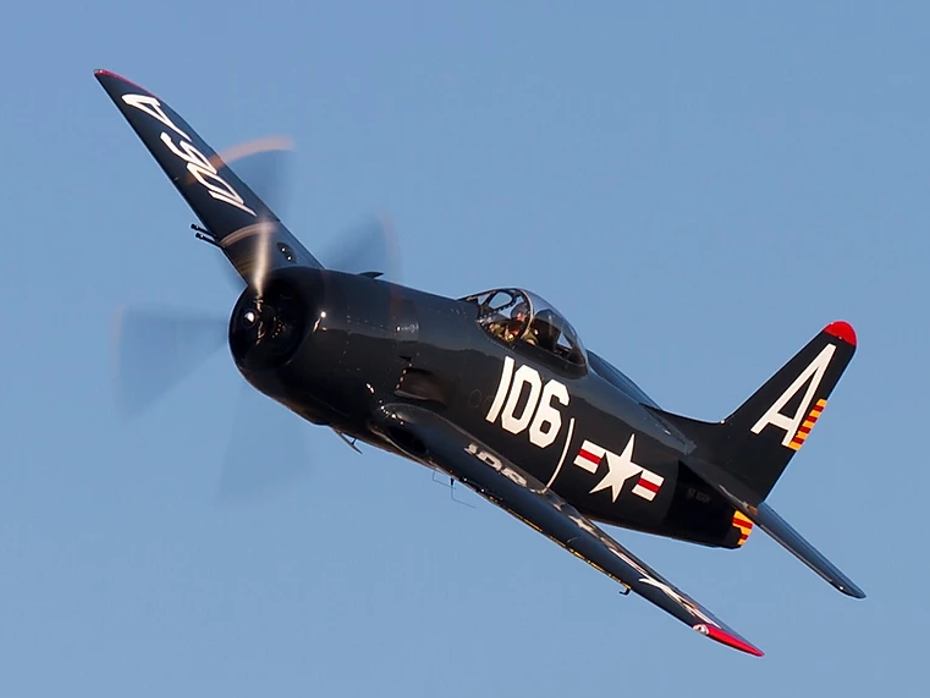 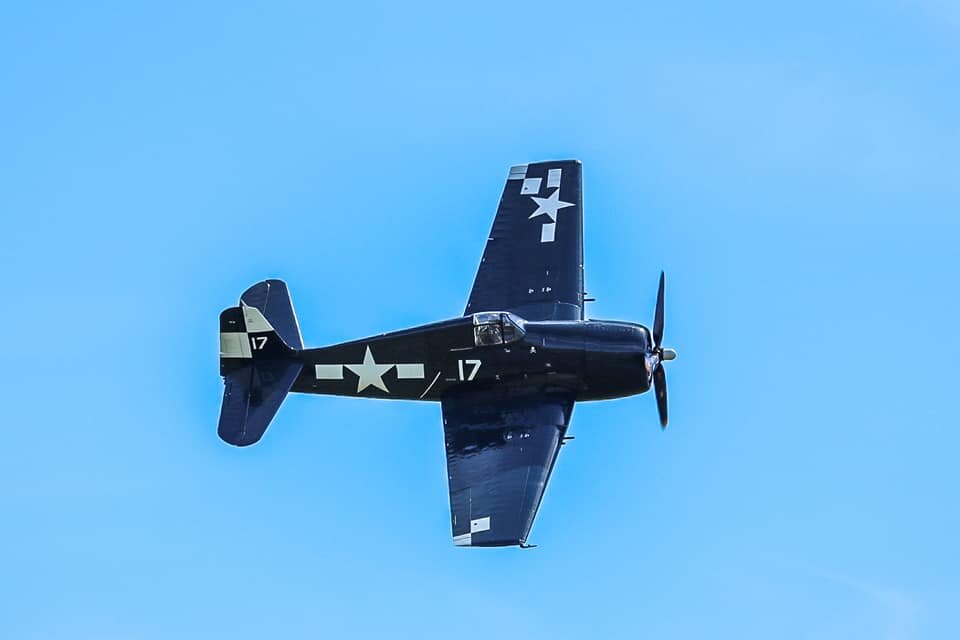 Join us as the Erickson Collection showcases history with the F6F Hellcat and the F8F Bearcat!

Considered the best performing piston fighter, the Bearcat replaced the F6F Hellcat. It weights almost 2,000 lbs. less than the Hellcat. The Bearcat was the second featured aircraft of the Blue Angels. It did not see combat in WWII.

The museum’s Bearcat served with the Navy from 1948 to 1957. It became a photo recon aircraft in 1959. As a civilian plane it had a successful race career. In 1964 it won fourth place in Gold Unlimited in Reno. After its race career, it performed in airshows in Europe. In 1997 it came to the Heritage Flight Museum in Spokane, Washington and was restored to Navy combat specs. In September 2021, the Bearcat was acquired by the Erickson Aircraft Collection.

The Grumman F6F Hellcat is an American carrier-based fighter aircraft of World War II. Designed to replace the earlier F4F Wildcat and to counter the Japanese Mitsubishi A6M Zero, it was the United States Navy’s dominant fighter in the second half of the Pacific War. The Hellcat competed with the faster Vought F4U Corsair for that role and prevailed, as the Corsair had significant issues with carrier landings. The Corsair instead was primarily deployed to great effect in land-based use by the U.S. Marine Corps.

Find out more about the Erickson Collection at: http://www.ericksoncollection.com